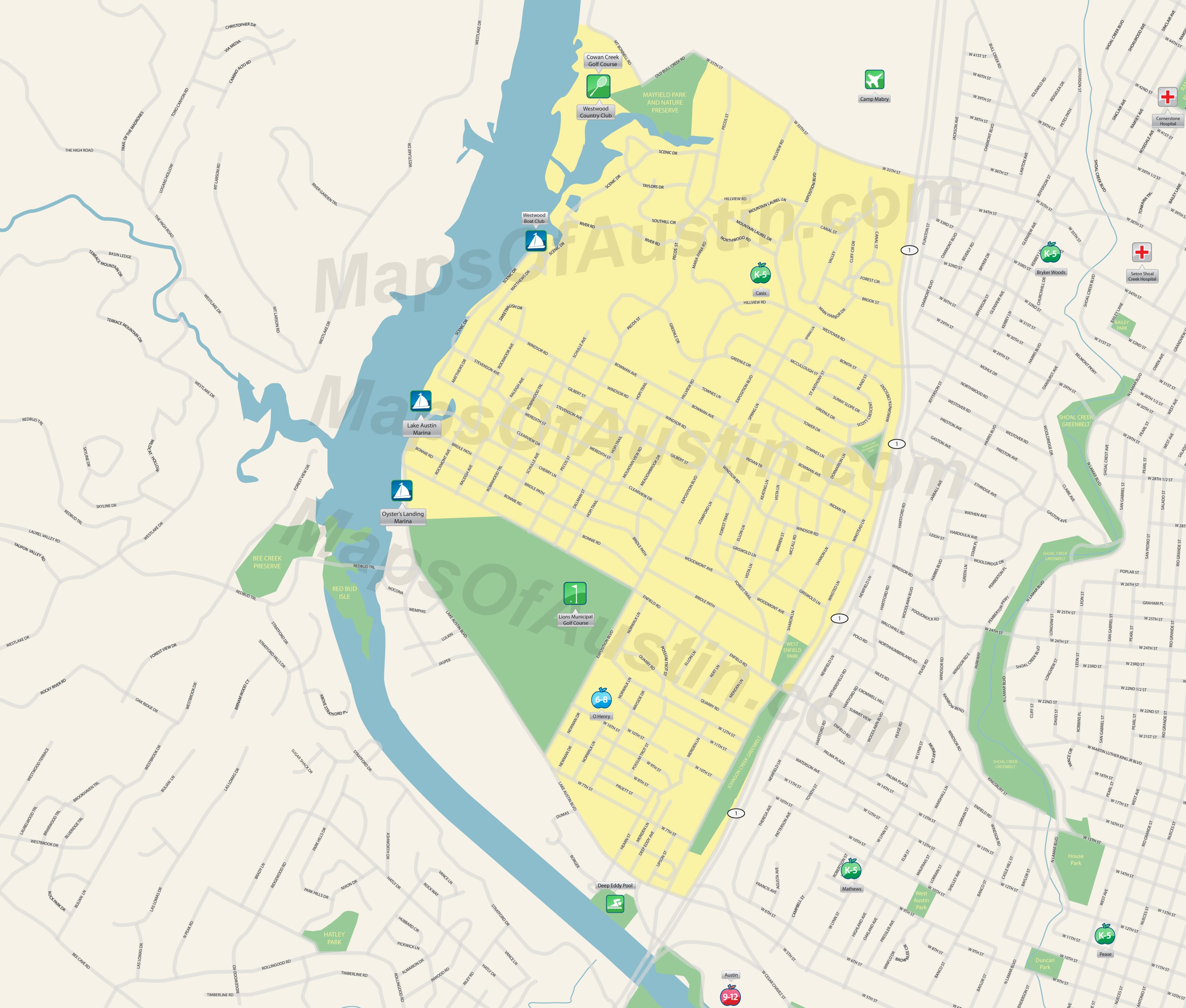 Tarrytown is one of Austin’s classic neighborhoods located just west of the university area and downtown.  It is situated between Lake Austin and Mopac, and bordered by Lake Austin Blvd in the south and 35th Street in the north.  Because of its tall trees and handsome houses, Tarrytown is highly desirable for those wanting a neighborhood with character with short commute into downtown Austin.  The homes vary from historic bungalows to sprawling estates.

Despite its close proximity to downtown, there is much to do within Tarrytown.  Scenic Drive runs adjacent to the lake, where you will find perennial favorites such as Hula Hut and Abel’s On The Lake.  On the northern tip of the neighborhood is Austin’s museum Laguna Gloria.  Tarrytown is very pedestrian and bike friendly with bike and jog lanes that run along Exposition Blvd.

Tarrytown is home to Austin ISD.